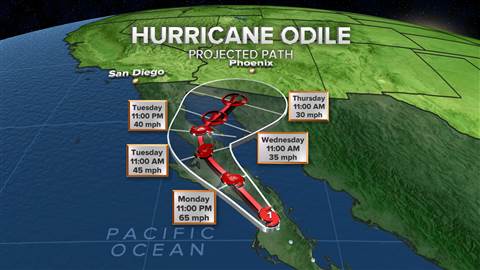 At least two people were killed as Hurricane Odile roared over Baja California, leaving widespread damage and flooding, according to NBC News. A tourist and a street vendor reportedly died in Puerto Vallarta on the Mexican mainland as the storm barreled up the spine of the Baja peninsula, producing tropical storm-force winds for hundreds of miles.  As clean-up begins, both residents and tourists stranded in the Mexican paradise are now faced with a new set of challenges. For the 30,000-some vacationers left without a means to get home, it could be a long wait for Mexican military and private planes to evacuate them from the damage zone. According to Telemundo’s Mexico City Bureau, on Tuesday, the first flight out of the area was bound for Tijuana, but only carried 44 passengers. For residents who call the destroyed paradise home, the grim task of rebuilding presents an even greater challenge. Hundreds of homes were damaged or destroyed in towns far inland from the sparkling beach resorts that were filled with tourists. Towns like Colonia Unidad Real, a neighborhood that sprang up years ago in a former creek bed, were especially hard-hit.  “In the seven years I’ve been here, I’ve never seen anything hit like this,” said Alejandro Tealdi, a 32-year-old resident of Cabo San Lucas whose home was damaged.

Odile made landfall just before 11 p.m. local time Sunday Sept. 14th as a Category 3 Hurricane in the tourist hotspot Cabo San Lucas before moving up the spine of the peninsula overnight and into Monday.  Wind gusts of up to 100 mph  toppled trees and power poles, blew out windows and caused resort facades to crumble to the ground. “With maximum sustained winds of 125 mph, Odile tied with Olivia in 1967 for the strongest hurricane to make landfall anywhere in Baja California Sur since modern records began in the satellite era,” said weather.com meteorologist Nick Wiltgen. “This storm is putting the tourist infrastructure of Cabo San Lucas and the Los Cabos region through the harshest conditions it’s ever experienced.” Luis Felipe Puente, national coordinator for Civil Protection, said most of the area’s power poles were blown over, leaving 239,000 people in the state of Baja California Sur without electricity. Many were also without drinkable water, and ports were closed. “It’s the entire corridor” between San Jose del Cabo and Cabo San Lucas that suffered damage, said Deneb Poli, a medical worker at the Hotel Melia Cabo Real. She said all the hotel’s guests and employees were fine, but electricity and phone lines were cut and cellphone coverage was spotty. “There are parts of hotels that are completely collapsed. … The damage is pretty extensive.” According to Tribuna de los Cabos, authorities were reporting devastation to parts of Cabo San Lucas, as well as some injuries to residents hit by broken glass when windows in their homes blew out. On Monday, dozens of looters ransacked pharmacies, electronics shops and convenience stores on the tourist strips in Los Cabos before police officers stopped them, the Agence France‑Presse reports. The FAA announced on Monday that both Los Cabos International Airport and General Manuel Marquez De Leon International in the state’s capital city of La Paz will be closed until September 22. Both airports sustained extensive damage from the storm.

Spanish-language news site BCS Noticias reports that schools will be closed in the municipalities of Los Cabos and La Paz on Monday and that festivities for Mexico’s Independence Day on Tuesday have also been canceled in La Paz. Before Odile arrived, Mexican authorities evacuated residents in coastal areas and opened shelters for up to 30,000 people, the Associated Press reported. Government officials issued a declaration of ‘extraordinary emergency’ for five municipalities in the state, La Paz, Los Cabos, Comondú​, Loreto and Morengé, according to Spanish-language news site Sexenio. “We are going to be hit, do not risk your life,” warned Marcos Covarrubias, governor of Baja California Sur. Information from the Associated Press was used in this report.

The Eruptions of Iceland’s Bardarbunga Volcano 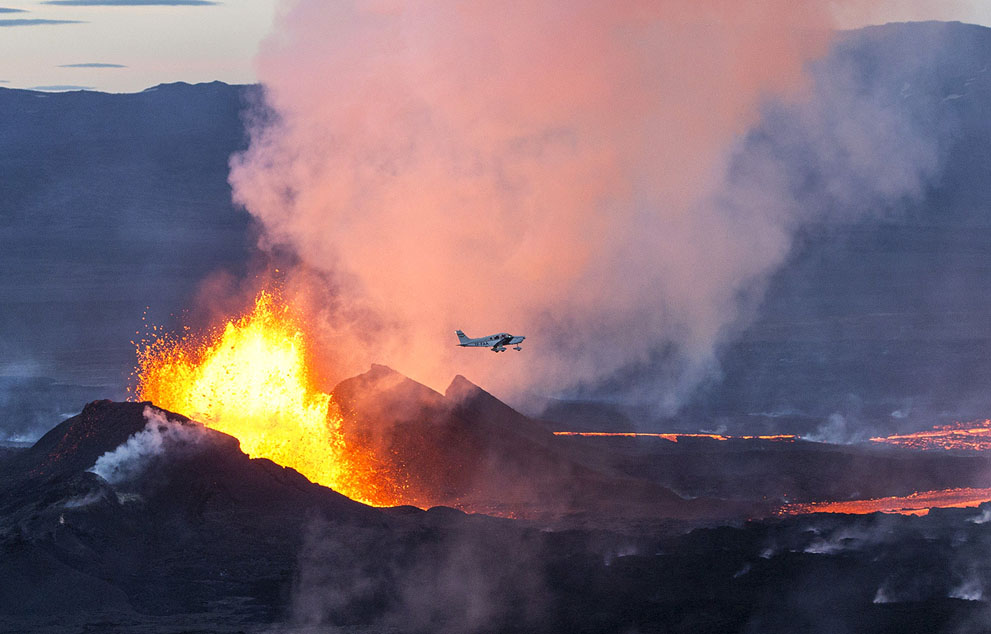 In southeast Iceland, the Bardarbunga volcano system, located under Europe’s largest glacier, Vatnajoekull, has been rocked by hundreds of tremors daily since mid-August, prompting fears the volcano could erupt explosively, wreaking havoc on air traffic once again. An eruption of Bardarbunga, the largest volcanic system in Iceland, has the potential to be even more disruptive than the 2010 eruption of nearby Eyjafjallajokull. Scientists are closely monitoring the site, as lava continues to spew from fissures, earthquakes rumble underfoot, and nearby glacial ice appears to be melting, possibly signaling explosive interaction between lava and meltwater.

Europe’s air authority, Eurocontrol, said it was monitoring the Bardarbunga situation but that there is no impact at this time on European aviation. It also insists that changes have been made to help avoid the kind of chaos seen after Eyjafjallajokull erupted.

“Europe is more prepared to deal with volcanic ash these days; we have better mechanisms in place than we did in 2010. Every year, volcanic ash exercises are conducted and we learn from them: the latest one was held in April this year,” it said.

“However, volcanic ash is still a hazard for aviation and does have the potential to cause disruption. Safety is, as ever, our primary concern.”